How to Explain Mindful Breathing to a 5-Year Old (and Adults, Too) 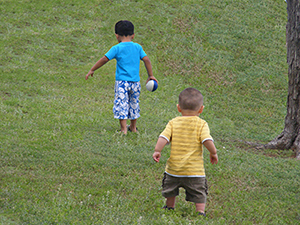 Kids are amazing. I teach yoga and meditation to kids undergoing treatment for cancer, and their families. On Saturday, I had a particularly interesting conversation with a 5-year old.

I knocked on the door of a little boy I have taught a few times over the last several months who was recovering from an operation. Let’s call him Noah. He was engrossed in a video game and hardly looked up when I peeked my head in. I knew he must have been really into the game because Noah loves yoga. His dad looked disappointed, he usually enjoys joining in for the yoga sessions.

After a resolute “no,” when I asked Noah if he wanted to take a break from his video game for some yoga, I looked at his dad.

“Well … if Noah doesn’t want to do any yoga, why don’t you and I just spend some time stretching?”

Noah looked up, curiously. But then looked back at his computer screen.

The goal is to convince the kids to participate in yoga. I consider half of my role as a yoga teacher at the hospital to be a salesperson for the program. I have to figure out how to make it appeal to the kids. They benefit so much from yoga and meditation, but a lot of times—for a million different reasons—they pass it up.

Dad and I looked at each other, and with just a gaze, we made a silent pact to try to get Noah to join us for yoga. We began with some gentle stretches. Noah kept peeking at us, but every time we asked him if he wanted to join, he shook his head and pretended like he wasn’t watching. So we started moving into some breathwork and seated meditation without him.

I started talking about mindfulness and focus, and guiding Dad through a simple mindfulness meditation. We were focusing on the breath leading the mind, when I opened my eyes to see if dad appeared comfortable. He was fidgeting a little, and appeared to be working hard. With a full-time job and four kids, one of them in the middle of a four-month hospital visit, I imagine it’s hard for him to slow down.

I turned my head and there was Noah, staring at us, smiling. “Noah, don’t you want to join us?” I asked.

“Ok!” he said enthusiastically. “But… um, I don’t understand… my head is filled with all sorts of things. I can’t help it.”

“Well let’s give it try. What I’m telling your dad is to try to make your mind follow your breath.”

“Let’s see…Noah, do you have a best friend? Someone you do everything with?” I asked.

He smiled again and told me his brother was his best friend.

“Ok, so you and your brother are best buddies. Usually when two friends hang out a lot, one of them is usually the one who decides things, the one who kind of leads. The other one is the friend that sort of follows the leader … do you think you are the leader or the follower?”

“My big brother is the leader,” Noah said confidently, still full of smiles. His dad nodded and chimed in, “Noah will do anything Bryan tells him to do.”

This time I was the one smiling. “Ok Noah, close your eyes and try to imagine you—remember you are the mind—following your brother. And remember your brother is your breath. Try to get your breath to lead the way, and your mind to follow it wherever it goes. So your brother—your breath—is calling the shots.”

I open my eyes and see a focused, smiley little boy, nodding his head.

“Oh I get it now…” said Noah’s dad. “I get it now,” as he took another breath and dropped into his practice. 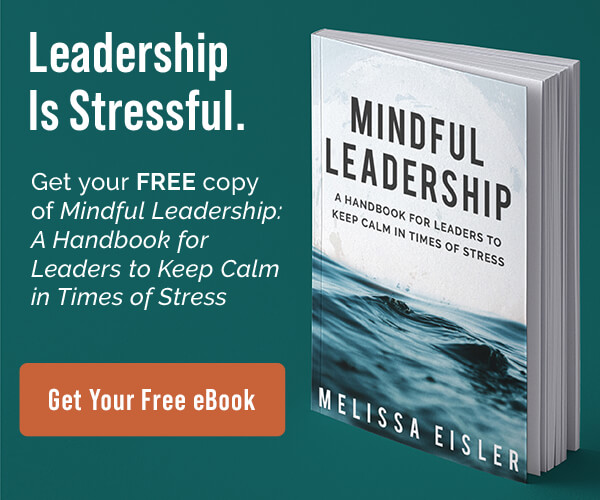